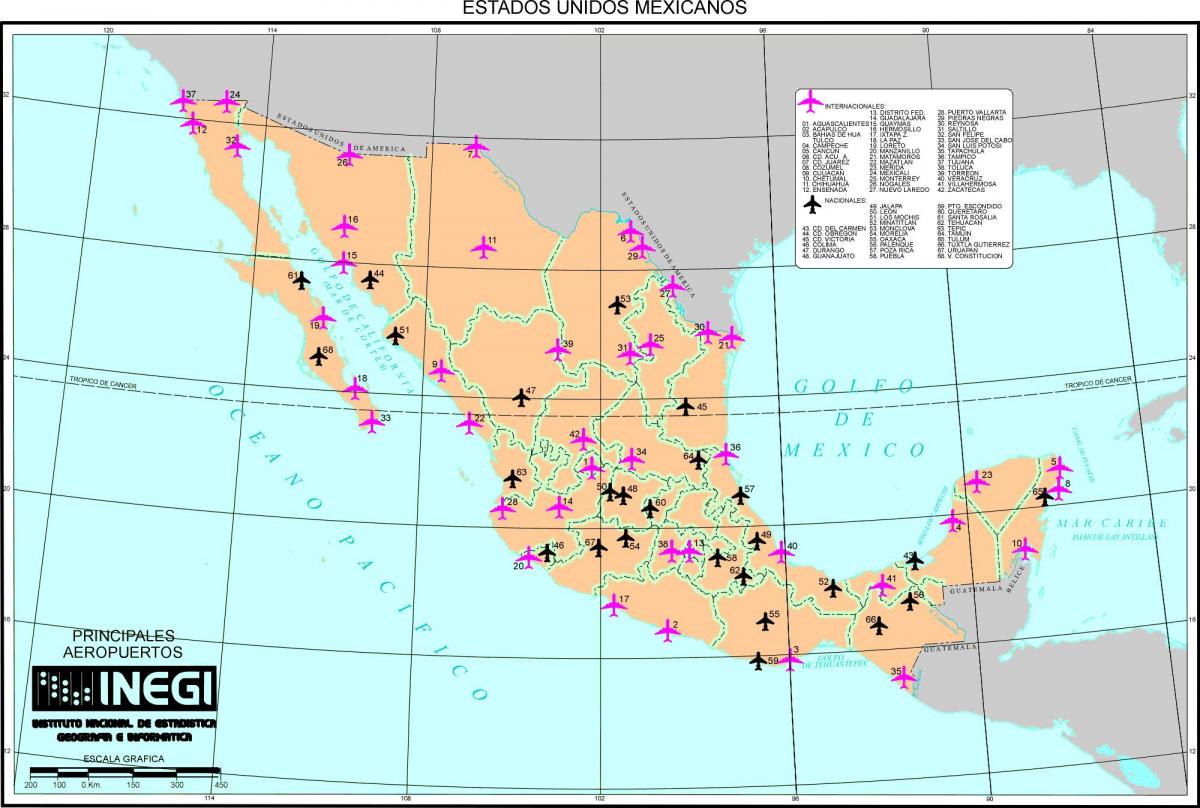 The Mexico airports map shows location of airports in Mexico. This airports map of Mexico will allow you to determine which airport you will used to leave or arrive in Mexico in Americas. The Mexico international airports map is downloadable in PDF, printable and free.

Mexico has an extensive network of modern airports all throughout the territory; flying domestically is considered efficient and safe. Airport infrastructure in Mexico is the most advanced in Latin America: all the cities with more than 500,000 inhabitants have an airport as you can see in the map of Mexico airports. Mexico is the third-largest number of airports by country in the world.