You can find on this page the Mexico road map to print and to download in PDF. The Mexico driving map presents the detailed road network, main highways and free motorways of Mexico in Americas.
The roadway network in Mexico has an extension of 332,031 km (206,314 miles) as its shown in Mexico road map, of which 116,802 (72,577.398 miles) are paved, making it the largest paved-roadway network in Latin America. 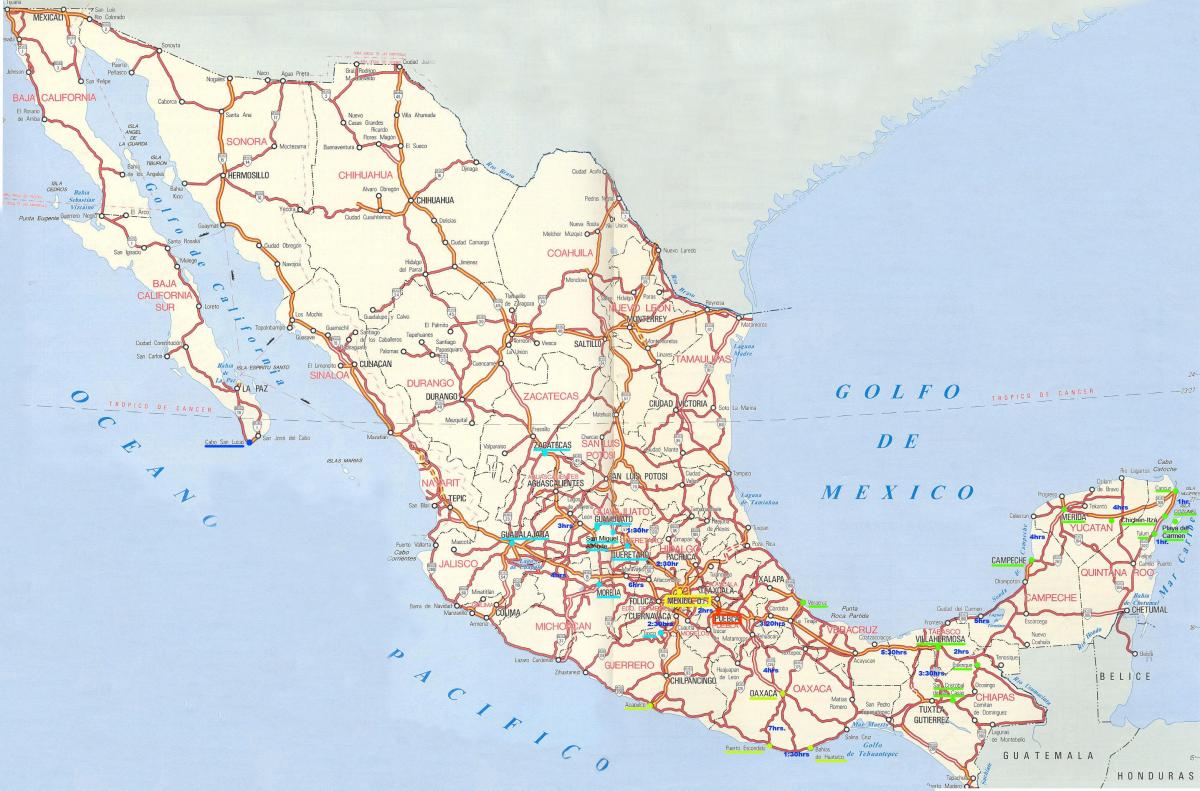 Over the last two decades, Mexico has made impressive investments in order to improve its road infrastructure and connect main cities and towns across the country as its mentioned in Mexico roads map. In spite of its extension and recent development, the roadway network in Mexico is still inadequate to meet the current needs of the population and, except for the toll roads, they are often not adequately maintained.

In the center of the country the roads run into Metro Mexico City from regional centers as you can see in Mexico roads map where there are few roads which run peripherically so as to connect the other regional centers without running through the congestion around the capital. The federal government (in parternship with the government of Mexico State and the Federal District) is trying to fix this problem by constructing a Mexico City bypass, named "Arco Norte"; it is willing to open it by the end of 2008.

The expressways are, for the most part, toll roads or autopistas de cuota as its shown in Mexico roads map. (Non-toll roads are referred to as carreteras libres, of free-roads). No federal freeway or expressway crosses a city; toll expressways are either turned into toll bypasses (libramientos) often used as toll or free ring roads (periféricos), or are transformed into major arterial roads, even if they are, in function, freeways with restricted access. 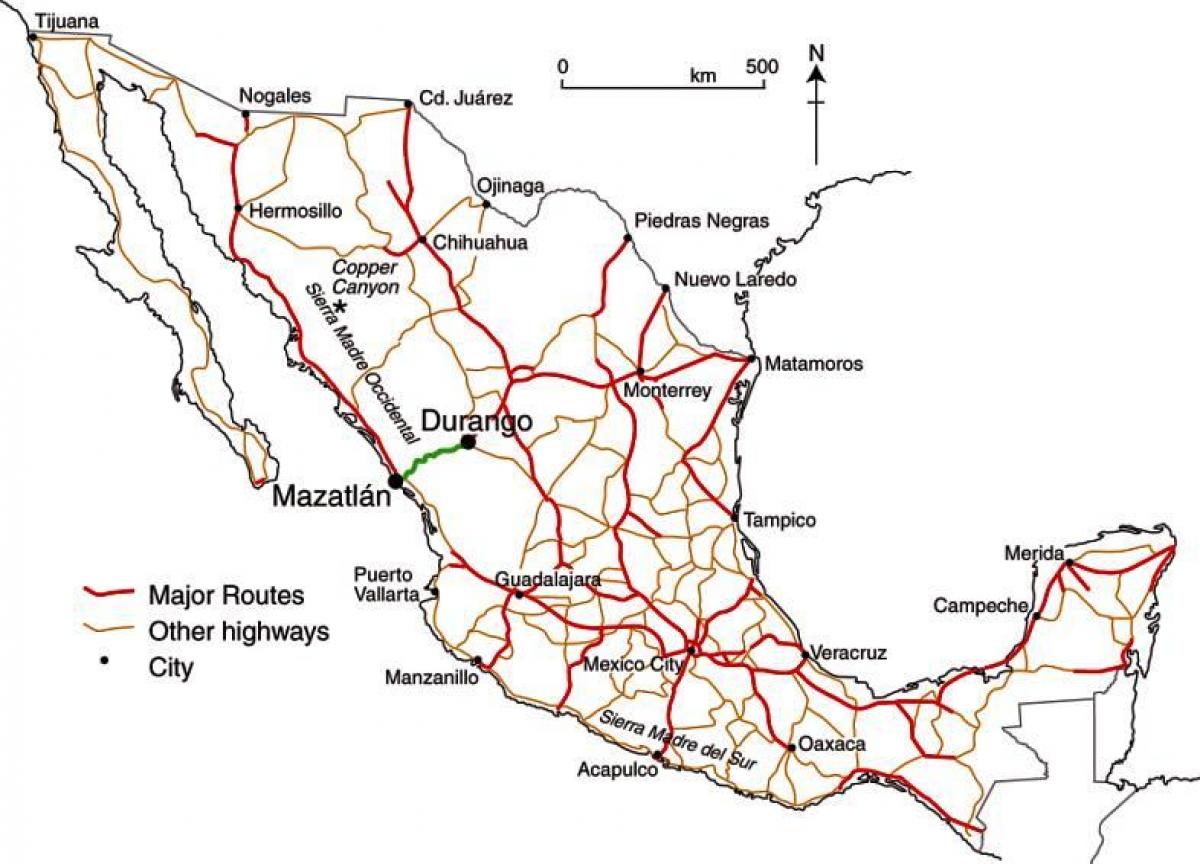 The highway network in Mexico is classified by number of lanes and type of access, 9,544 km (5,930 miles) are four-lane highways and the rest have 6 or more lanes as its mentioned in Mexico highway map. The great majority of the network is composed of undivided or divided two-lane highways—with or without shoulders, and are known simply as carreteras.

Mexico has had difficulty in building an integrated highway network due to the country orography and landscape characteristics, most of the country is crossed by high-altitude ranges of mountains as you can see in Mexico highway map. Speed limits in two-lane highways can vary depending on terrain conditions.