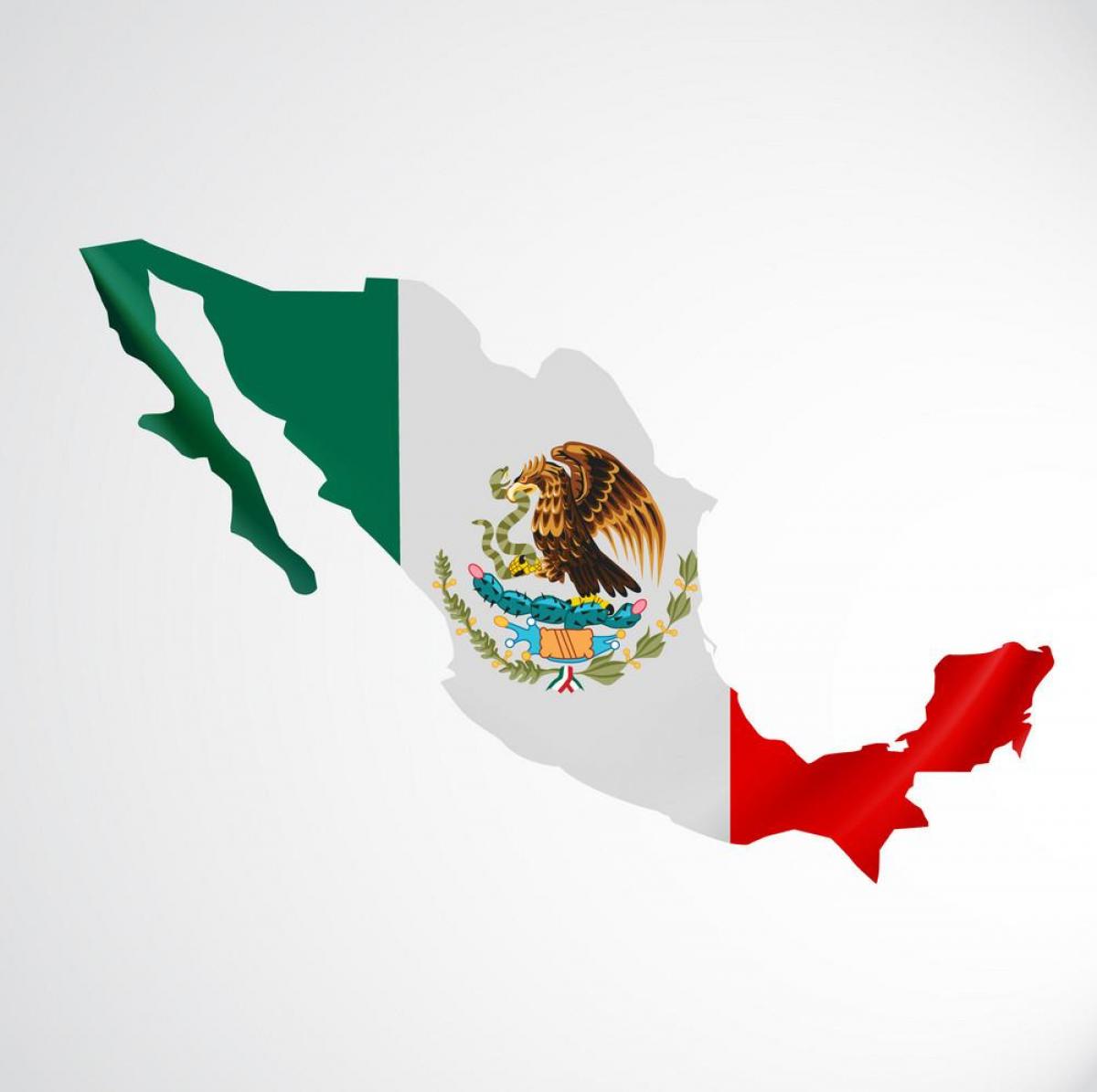 The flag of Mexico (Spanish: Bandera de México) is a vertical tricolor of green, white, and red with the national coat of arms charged in the center of the white stripe as its mentioned in Mexico flag map. While the meaning of the colors has changed over time, these three colors were adopted by Mexico following independence from Spain during the country War of Independence, and subsequent First Mexican Empire.

Red, white, and green as you can see in Mexico flag map are the colors of the national liberation army in Mexico. The central emblem is the Aztec pictogram for Tenochtitlan (now Mexico City), the center of their empire. It recalls the legend that inspired the Aztecs to settle on what was originally a lake-island. The form of the coat of arms was most recently revised in 1968. A ribbon in the national colors is at the bottom of the coat of arms.

The official design of the Mexican Flag can be found in Article 3 of the Law on the National Arms, Flag, and Anthem, passed in 1984 (see Mexico flag map). While the exact shades of the flag have not been defined by law, the Interior Ministry, (Secretaría de Gobernación) has suggested the following tones in the Pantone system. The article dictates what must be featured on the flag and also its proportions.