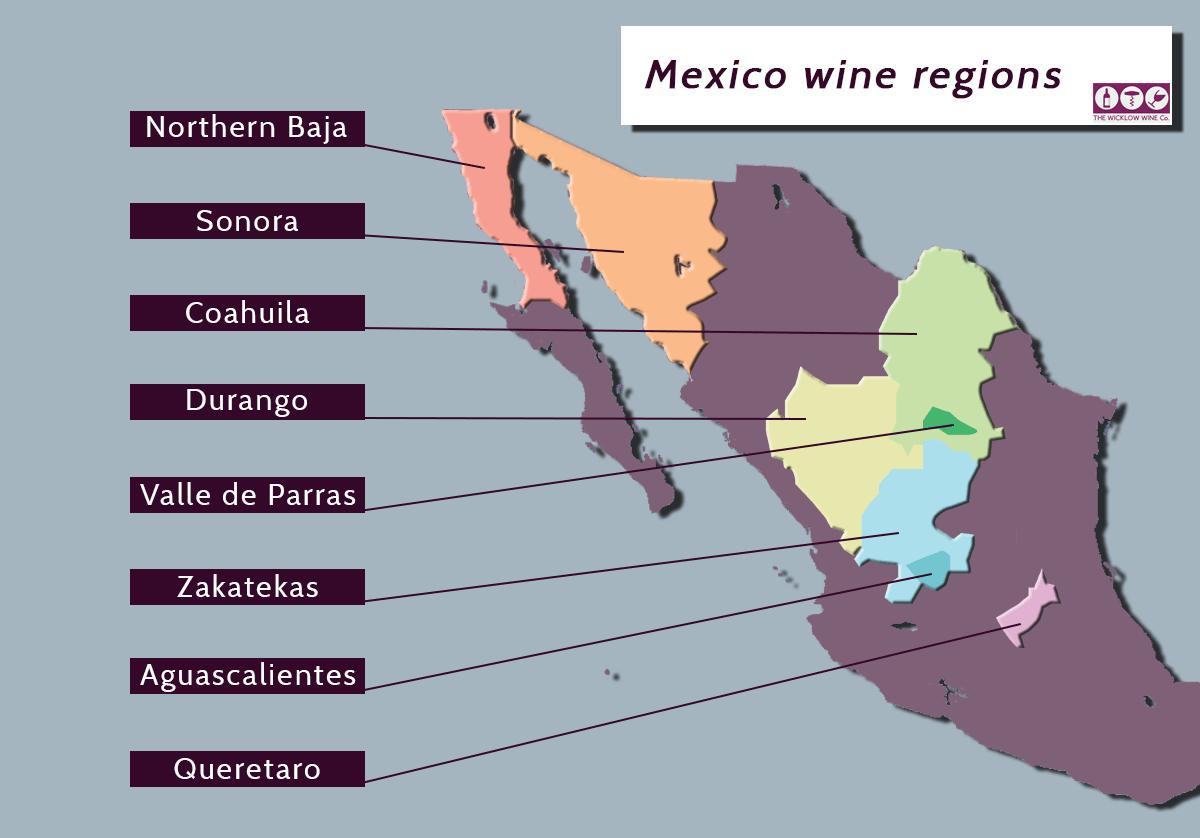 The Mexico wine map shows all wine growing areas of Mexico. This wine regions map of Mexico will allow you to easily localize all appellations and main grape varieties in Mexico in Americas. The Mexico vineyards map is downloadable in PDF, printable and free.

Baja California, located in the northwest of the country as its mentioned in Mexico wine map, is the primary wine region in Mexico. Roughly 75% of Mexican wine production, and almost all of what is available in the U.S., is from here. However, wine is also made in several landlocked states in north and north-central Mexico. In these places, much like Argentina Mendoza and Salta regions, high-altitude vineyards offer optimal growing conditions, in contrast to the unrelenting heat found at lower elevations. Indeed, these Mexican vineyards are among the highest in the world.

Coahuila is home to the oldest winery in the Americas. Casa Madero as you can see in Mexico wine map was first planted in 1597, and has made wine ever since. The name of its neighboring town, Parras, means grapevines. However, it is an area about 100 miles east of Parras, in the mountains above the town of Saltillo, where Mexican wine cognoscenti look to the vineyards planted at 6,900 feet above sea level. One of the first places that grapes were planted in the New World, the Querétaro wine trail stretches 30 miles from San Juan del Río to Bernal, an exceptionally beautiful part of the state with vineyards at around 6,500 feet in elevation.

Aguascalientes, this tiny state is in the high plains desert of central Mexico. Situated at elevations of more than 6,000 feet as its mentioned in Mexico wine map, there are vineyards planted in seven of its 11 municipalities. There are several subregions in Zacatecas, all within an hour of the state capital. Tierra Adentro has the highest vineyards in Mexico, at 7,500 feet above sea level. San Luis Potosí’s Valle de Moctezuma has a desert climate where temperatures can reach the upper 90s in early summer, and dip into the 20s during winter.