You can find on this page the old map of Mexico to print and to download in PDF. The ancient Mexico map presents the past and evolutions of the country Mexico in Americas.
The earliest human remains in old Mexico are chips of stone tools found near campfire remains in the Valley of Mexico and radiocarbon-dated to c. 23,000 years ago. 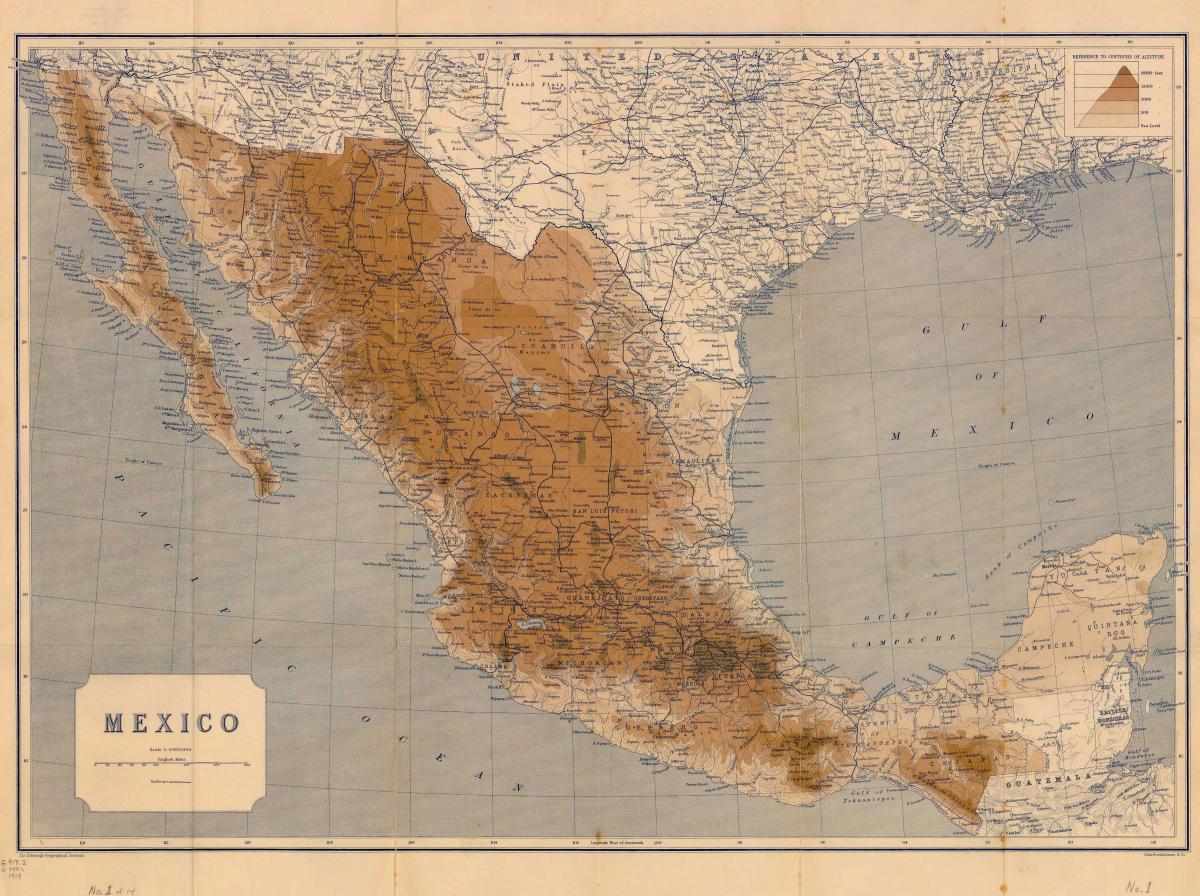 The ancient Olmecs, Mexico first known society, settled on the Gulf Coast near what is now Veracruz. Remembered for the giant head sculptures they carved from native stone, the Olmecs had two main population centers as its mentioned in ancient Mexico map: San Lorenzo, which flourished from about 1200 to 900 B.C., and La Venta in Tabasco, which lasted until about 600 B.C.

By 300 B.C., ancient villages based on agriculture and hunting had sprung up throughout the southern half of Mexico as you can see in ancient Mexico map. Monte Albán, home to the Zapotec people, had an estimated 10,000 inhabitants. Between 100 B.C. and 700 A.D., Teotihuacán, the largest pre-Columbian city in the Americas, was constructed near present-day Mexico City.

The ancient Mayans, widely considered to be pre-Columbian America most brilliant civilization, thrived between approximately 250 and 900 A.D. They developed a calendar and writing system and built cities that functioned as hubs for the surrounding farming towns as its shown in ancient Mexico map. The ceremonial center of Mayan cities featured plazas surrounded by tall temple pyramids and lower buildings called “palaces.”